It will be in Havana FitCuba 2019, dedicated to Spain | FITCuba

It will be in Havana FitCuba 2019, dedicated to Spain 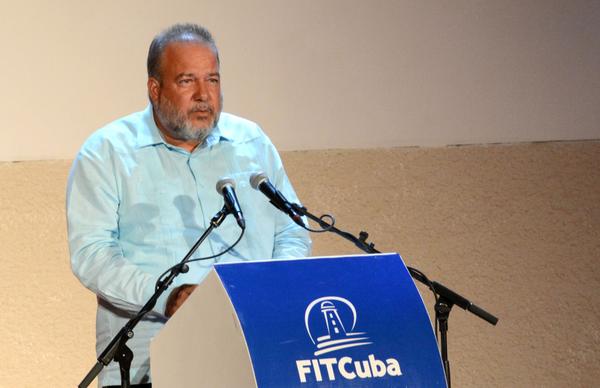 Caibarién, May 6 (ACN) Five hundred years after its foundation, Havana will host the International Tourism Fair, FitCuba 2019, dedicated to Spain as a guest of honor and to the modality of events and incentives, announced Manuel Marrero, Minister of Industry of leisure.

To close this Saturday the 38th edition of the most important event of the sector, held in the northern keys of Villa Clara, the owner stressed that the next meeting will take place in the Cuban capital in the middle of the celebrations for half a millennium of created.

The Iberian country stands out its growth in the issuance of visitors to Cuba, as companies from that European nation lead the management of hotels in this Caribbean destination.
About the present fair, Marreo said that more than three thousand participants from 62 nations participated, among which Spain, the United States, Mexico and the United Kingdom stand out as the guest of honor.
Among the achievements of FitCuba 2018, dedicated to the modality of Sun and Beach, the minister stressed that new contracts were agreed for the administration and commercialization of hotels, and the development of non-hotel products.

Other approaches were related to aeronautics for the leasing of ships in search of improving internal flights, as well as for the incorporation of new air routes for the next high season, particularly with Germany.

According to Marrero, the fair also allowed us to re-launch the north coast’s pole with a renewed image, while the city of Sagua la Grande was presented as a new tourist destination.
In the presentations of the main Cuban hotel groups, the country’s commitment to expand and recover its lodging capacities was verified, with a view to the growing influx of vacationers to the Island.